In early April, I managed a team at Kin Design, who had been engaged by M&C Saatchi to create a large digital interactive installation for Adidas.

Over the following 7 weeks, my team created bespoke content for the inaugural Adidas Lab event in London.  Within two months, we created viable concepts, designed and animated them, built the system to house the event both physically and programmatically and tested it for the live date of May 24th. The pressure was on as the Adidas CEO (Herbert Hainer) and CMO (Hermann Deininger) were using the event to officially launch some key technical developments that Adidas have been working on over the last year or two.

The press conference hosted by Herbert Hainer also had two famous footballers in the guise of Zinedine Zidane & Michael Ballack to support the Adidas Lab event.  Both players tried out installations that my team had worked on.

The three key elements that my team created were the following:

(1) The Track
This was an interactive 20m track that users ran up and down three times, to identify which Adidas boot was most appropriate for them.  Each of the three stages related to a different skill; speed, agility and control. We also integrated a real time video capture and render system into the track that used the RFID tag in data to upload the user’s video to the Adidas YouTube channel and post an update on their preferred social media channel of this video and their result (overall score and boot preference).

See an example of one of the thousand plus user videos below.

(2) MiCoach
We created an interactive picture based installation that users could look through as they watched a video that outlined the latest Adidas tech in MiCoach, where player movements were tracked on an iPad through a chip in the player’s kit.

(3) SmartBall Wall
Adidas created a ball that could transmit speed, bend and flight trajectory to an iPhone App.  My team created a large screen for users to kick the ball against.  At the top of the screen we installed a scanning laser to define where the ball hit the screen and trigger an animation. The App data was passed through AirPlay and shown on the screen to allow views to see the data on the iPhone screen.

Overall, the event was a great success and we are looking into opportunities to create future Adidas Lab events.

Here are a few more images from the Adidas Lab 2013: 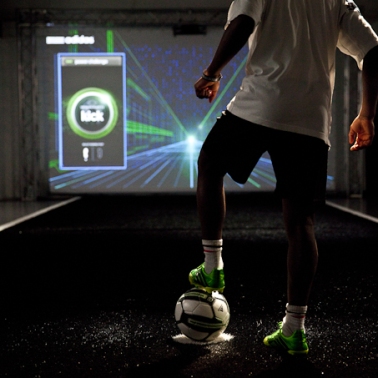 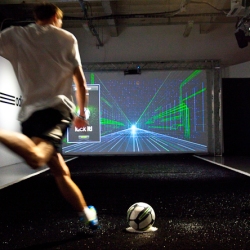 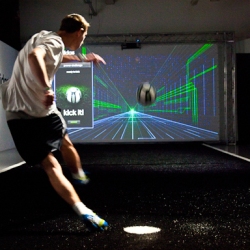 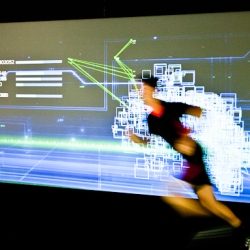 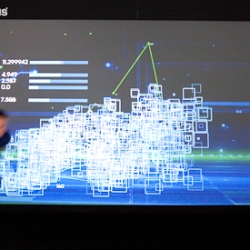 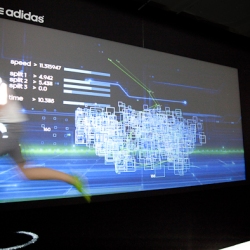 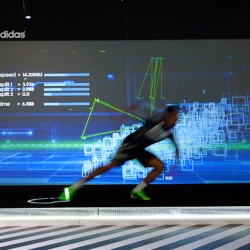 Here are some links about the film in the press: